The Many Shapes & Sizes of a Birding Big Year

The Many Shapes & Sizes of a Birding Big Year

The movie “The Big Year” was an attempt to educate non-birders about an actual race between three birders (portrayed by Jack Black, Owen Wilson, and Steve Martin) to see the most species of birds in one calendar year in the lower 48 states, Canada, and Alaska.

The geographical scope of a Big Year can take many forms: global, American Birding Association (ABA) area, state, or county. Godwit Days is pleased to have writer, photographer, and adventurer Noah Strycker, who in 2015 shattered the world record for most bird species seen in a single year –6,042 – speaking after our opening reception (Friday, April 21).

A Big Year allows for a comparison of effort expended over a designated period of time. Life lists are too variable, depending on where you live and when you began birding. A Big Year encompasses all four seasons and all possibilities to show your stuff. I found a Mono County third record of Trumpeter Swan this winter, which will certainly be boldfaced in American Birds. (For me, it wasn’t even a year bird, as I had seen the species in Humboldt the previous week.)

To be honest, the best thing for me as a birder about all that swan action was that I added a species to my Humboldt life list, which trumps the sweet, out-of-town detection of a Trumpeter Swan and addition of a county bird to my Mono list. Big Years are fun but nothing in birding compares to your personal life list. My life list is the ultimate goal that reflects the number of these beautiful creatures I enjoy outside in my garden and everywhere else. I’ve birded for 34 years and each one has brought a new season of birds. I always keep a year list — I can’t help it — but sometimes one goes for a Big Year.

Regarding a state Big Year, John Sterling set a California record in 2015 of 490 (NIB: No introduced birds were counted). A passage from the ABA blog reads: “California birder John Sterling set a record for a Big Year for the Golden State with an even 500, 490 of which were non-introduced birds. This breaks a record of 475 NIB set 20 years ago by Vernon Howe and tied last year by Curtis Marantz (who ended his year with 485 total).” Despite John’s long tenure as a birder, even he added state birds, including Humboldt’s Cerulean Warbler.

John adds that “500 NIB in California is a definite possibility. I achieved several goals including getting 226 county birds which put me over the 16,000 total tics mark (sum of all 58 California county lists– native species only). I also birded in all 58 counties while breaking the old record of 475 native species (including condor) that was set 20 years ago by Vernon Howe and tied last year by Curtis Marantz. My total was 490 native species plus ten ‘countable’ introduced species to bring that number to an even 500. My last bird was Stilt Sandpiper at the Salton Sea. I missed well over ten native species by less than 24 hours but I did have my share of luck, too.”

Scaling down to a county Big Year, Daryl Coldren holds the Humboldt record with 330 species NIB. I don’t know how many county birds he got that year, but I managed 10, unusual in that I’m among the approximately 20 people who have seen at least 400 species in Humboldt.

I hope this covers the basics of Big Years, because I’ve got to get going. I’m chasing Lesser Prairie Chicken in Kansas, as it is a “must get.” A very isolated, endangered species and hard as hell to find once they stop leking.

More about our process 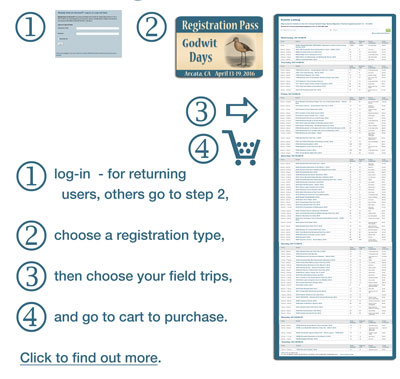